Moving from Redux Thunk to Redux-Saga: A walk-through 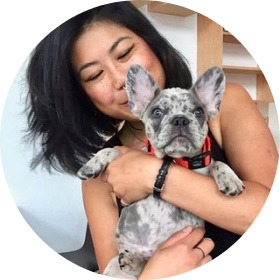 At FireHydrant, we recently began to replace our usage of thunks with Sagas to handle our data fetching.

Why it's a good idea, directly from the Redux Saga docs: "Contrary to redux thunk, you don’t end up in callback hell, you can test your asynchronous flows easily and your actions stay pure."

While we are already reaping each of these benefits, the one that stood out to us is the ability to test asynchronous flows easily. While it is not impossible to test thunks, it does require mocking API calls (and any other functions called within them), resulting in clunkier, less readable tests. As the FireHydrant system continues to grow, so does our test coverage. The decision to transition to Redux-Saga prepares us to write clean and readable tests easily, reinforcing one of our company themes: developer happiness.

In the sections that follow, I will walk you through how to replace thunks in your application with Sagas, from refactoring the actions and reducer to writing Sagas and applying Saga middleware to the Redux store.

Note: This walkthrough assumes that you are using Redux for state management, with Redux Thunk as the middleware.

Using Redux Thunk, our actions file currently looks like this:

You’ll see that whereas most of the above action creators each return a POJO, loadTakoyaki returns a function. This inner function, or thunk, which receives the Redux store’s method dispatch, is Redux Thunk’s “cue” to invoke the thunk. Otherwise, if the action creator returns a POJO, Redux Thunk simply ignores it, and the action object is processed by the reducer.

With the use of Sagas, one approach is to refactor the loadTakoyaki action creator to the following:

But our actions file can afford to be even cleaner, shown below:

You can see here that our new loadTakoyaki action creator no longer uses loadTakoyakiSuccess nor loadTakoyakiError in its callback — it simply returns a plain object. (Hooray, pure actions!)

This is where the Saga fun happens!

A Saga is a thread in the application that is responsible only for side effects, e.g., asynchronous data fetching. Redux-Saga uses an ES6 feature called generators to create the asynchronous layer of code. Whereas we typically expect “normal” functions to run to completion once they start running, generator functions differ in that they can pause and resume, as well as be canceled and restarted. I recommend checking out Kyle Simpson’s article on ES6 generators if you would like to learn more.

Let's create a new file to store our Sagas.

Both the watcher and worker Sagas are generator functions, which are denoted with an asterisk (*) beside the function keyword.

A worker Saga is the one that handles the data fetching. When triggered, the call effect is used to run an async function (e.g., an API call), and the result (a Promise) is stored in the response variable. If the API call is successful (i.e., the Promise stored in response is resolved), then the action LOAD_TAKOYAKI_SUCCESS is dispatched to the store, passing along the response data. If the API call fails, then we dispatch LOAD_TAKOYAKI_ERROR and include the error.

Some additional items worth noting:

A yield expression takes the form of yield _______, and it is the keyword `yield` that allows pausing/resuming a generator function. The yield call(firehydrant.get, 'takoyaki') expression sends the call(firehydrant.get, 'takoyaki') value out when pausing the loadTakoyaki generator function at that point. When the generator resumes, whatever value that is sent in will be assigned to the variable response. There is yet another yield expression on the following line that puts the Redux action LOAD_TAKOYAKI_SUCCESS, along with response as the payload.

Redux-Saga fulfills each yielded Effect differently, based on its type. For example, if it is a call, then the middleware will call the provided function, e.g., firehydrant.get with takoyaki as the argument. If it is a put, it will dispatch an action to the Redux store, such as LOAD_TAKOYAKI_SUCCESS, in the case of a successful API call. Effect creators like call and put do not perform any executions – they are instead handled by the middleware. And since they return POJOs, this makes them easy to test.

If you happen to be a visual learner, I've included a try/catch flowchart below.

We won't need to make any changes to the reducer file, except changing LOAD_TAKOYAKI_REQUEST to LOAD_TAKOYAKI.

Apply Saga middleware to the store

Finally, we'll make a few changes to the store.

Using thunk middleware, our Redux store currently looks like this:

In order for Redux-Saga to work with Redux, we will need to first create the Saga middleware.

We will then apply it to the Redux store by including it in the `middlewares` array.

Finally, we will import and run the watcher Saga, so that it will trigger the worker Saga when LOAD_TAKOYAKI is dispatched.

And if you need to run multiple Sagas, you absolutely can!

Note: Your choice of Redux middleware doesn’t need to be an either/or decision. It is absolutely possible to use both Redux Thunk and Redux-Saga. All you’d need to do is restore the `redux-thunk` import and include `thunk` in the middlewares array.

Redux-Saga is a middleware library that makes handling application side effects simple and testable. The transition from Redux Thunk to Redux-Saga allows the asynchronous layer of code to be more easily tested and free of callback hell and impure actions.

That's all from me, folks! I hope this post has been helpful. If you have any questions, you can find me on Twitter @_mandymak.

You just got paged. Now what?